This film is just so enchanting. It took my breath away with it's beauty….

Here's what the lovely Bridget of First Kiss Films had to say about her stunning film:

This elegant alternative to “Trash the Dress” gives brides a chance to “Rock the Frock” and walk away with a fun, personalized keepsake showcasing their dress in motion. The entire film was shot on Super 8mm film at a horse farm just outside of Ottawa, Canada.

A carefree, barefoot bride frolicking amidst bales of hay, cute farm dogs and a white horse all captured artfully on vintage film with an amazing soundtrack…Hello Sunshine!

To see more of Bridget's gorgeous vintage films, head on over to her website. This lady is such an inspiration, she donates her time, artwork and a percentage of her profits from each film to support the Burundi Film School in Africa. Isn't that wonderful?

I'm so pleased to have discovered Bridget and her beautiful films…In fact, I love them so much that you can expect another First Kiss Film tomorrow!

So who, like me, is loving the concept of a Rock The Dress film?! 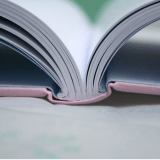