Remember this destination wedding in the South of France I featured last week?

Ruby Yeo was the talented photographer behind the lens.

And today, thanks to her fellow talented photographer and friend, Christine Lim, Ruby is in front of the camera with her fiance, Artur.

(She's a little nervous – which is hard to understand considering she looks so effortlessly beautiful!)

This sweet and quirky engagement shoot ticks all of my boxes.

Loved up couple? Check. Ruby and Artur look so natural and happy.

Ruby and Artur met on a film production set in the jungles of West Malaysia. Ruby often says it’s like Tarzan and Jane, Ruby being Tarzan, of course, being the local Malaysian girl. Ruby works as a wedding photographer (www.rubyyeo.com) and Artur works as a filmmaker. They now reside in Warsaw, Poland.

The e-shoot took place in the small town of Wery, in Poland, at a friend’s lakehouse where they spend many summer days taking walks in the forest, picking up berries and sipping hot chocolate by the lake.

Ruby and Artur decided to do three outfits, the first one was a casual look and we did a few casual fun photos of them in a field

The second outfit Ruby wore a traditional Chinese cheongsam, which she wore for her Chinese tea ceremony in Malaysia and Artur wore simple formal wear.

They found some gorgeous trees on one of their morning walks around the forest and decided it would be a beautiful setting for them. It was perfect photographing Ruby and Artur in their respective outfits in the forest, complementing their different cultures – Malaysian Chinese and Polish at a similar location to where they met.

The last outfit was more formal as we wanted to set a more romantic tone to their photos. Ruby wore a vintage lace dress, however, as Ruby is a quirky and fun person, she decided she should just be as she is and kept her blue shoes on!

Congratulations Ruby and Artur! Wishing you all the best for your wedding plans! 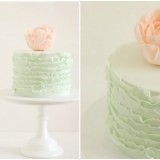