Did you see my post on Disney's new range of wedding gowns by Alfred Angelo?

Ok so they're not wedding related at all but they're so stunning I couldn't not share them with you!

Besides, a sprinkling of Disney fairytale magic might just inspire you…

Penelope Cruz and Jeff Bridges as Beauty and the Beast:

Dashing David Beckham in the role of Prince Phillip in Sleeping Beauty:

Storm in a teacup: Beyonce as Alice in Wonderland with Oliver Platt as the Mad Hatter and Lyle Lovett as the March Hare:

They even have some Disney villians, Queen Latifah looks astonishing as Ursula from The Little Mermaid!

Rachel Weisz as Snow White alongside a host of adorable woodland creatures:

Tennis number 1 Roger Federer as King Arthur from The Sword in the Stone:

Jessica Beil as an Autumnal Pocahontas:

Red-haired beauty Julianne Moore is perfectly cast as The Little Mermaid and Olympic swimmer, Michael Phelps features as a merman:

Stunning Scarlett Johansson as Cinerella running away from the palace:

As you can see I'm not the only one who loves a bit of Disney, half of Hollywood is featured in these images!

So…which is your favourite Disney image? 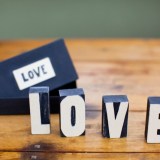