This Wedding Film Will Make You Laugh, Cry, and Want to Move to New Zealand!

We’ve been excited to show you lovelies this two-for-the-price-of-one wedding film for a while now.

A music video, meets a big-budget movie, meets a tourism advert for New Zealand, this wedding film is fun, romantic, and beautiful.

It’s the work of the utterly creative Sunshine Wedding Films, a Queenstown, NZ, based husband and wife team who say they “make films that make people smile”.

And Simon and Andrea’s epic wedding film does just that. And then some.

Not one but in fact, two films, the first is a fun, quirky and unique lip-synching affair complete with bopping, miming, and dancing, from everyone from the bride and groom, to the guests, (and even the hairstylist!)

The second is a longer feature with a hilarious speech from the groomsmen, sincere words from the priest, along with sweet moments, funny happenings and lots of dancing.

Helicopters, glaciers, a gorgeous couple, their beautiful kids and some of the most spectacular scenery we’ve ever seen, this wedding film (nay, these wedding films!) are just sensational.

But before we let you clap eyes on these incredible films, we’ll just let Scott and Melissa of Sunshine Wedding Films tell you a little bit more about this special day.

So this is not your everyday Queenstown wedding video and Andrea and Simon’s wedding at Mount Soho was not your ordinary wedding.

A couple of reasons for this:

1. They were already married but for many reasons never had a mates, lovable priest, bubbles, flash frock, pretty cake, dancing till dawn, proper wedding.

And to declare publicly how much you love each other in a wedding, after already experiencing the highs and lows of marriage, is a genuine and moving event.

Andrea and Simon, bridesmaids, groomsmen, their children and their guests were quite frankly, amazing!

3. On the day itself, time with Simon getting ready was tight but the man can pull out some seriously slick moves at the word go. Throughout the day Andrea and Simon were stars!

We’re very grateful that they were so relaxed and open to all our suggestions. Everyone got into the spirit of a slightly mad idea and made it work.

Their short feature was a riot, loads of fun to film and make but our favourite is their long feature. A combination of the groomsmen’s speech and truly beautiful words from their priest made a moving and lovely film. Plus a Queenstown wedding has an instant advantage as the scenery is pretty damn amazing.

Aren’t they just incredible? I just adore this couple and their friends and family, what a cool bunch, coming together to make some unique films, and superb memories. (And how fab is Andrea’s hair!?)

Thanks so much to Sunshine Wedding Films, and of course, Simon and Andrea for sharing these epic films with us.

For more inspirational videography, check out our Film Gallery. 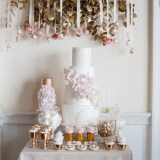 Boxing Day Viewing; 6 of our Favourite Wedding Films from 2014