A little later today, we’ll share their photographs by Alp & Isle, but first up, we’ve got their wonderful wedding film by Story Live Productions.

This couple created a day, which they describe as “intimate, bi-cultural and sentimental” and which I’d describe as chic, gorgeous, and so romantic. But you’ll see that for yourself when you watch this sweet film that captures all the emotion of their Pensacola seaside nuptials. 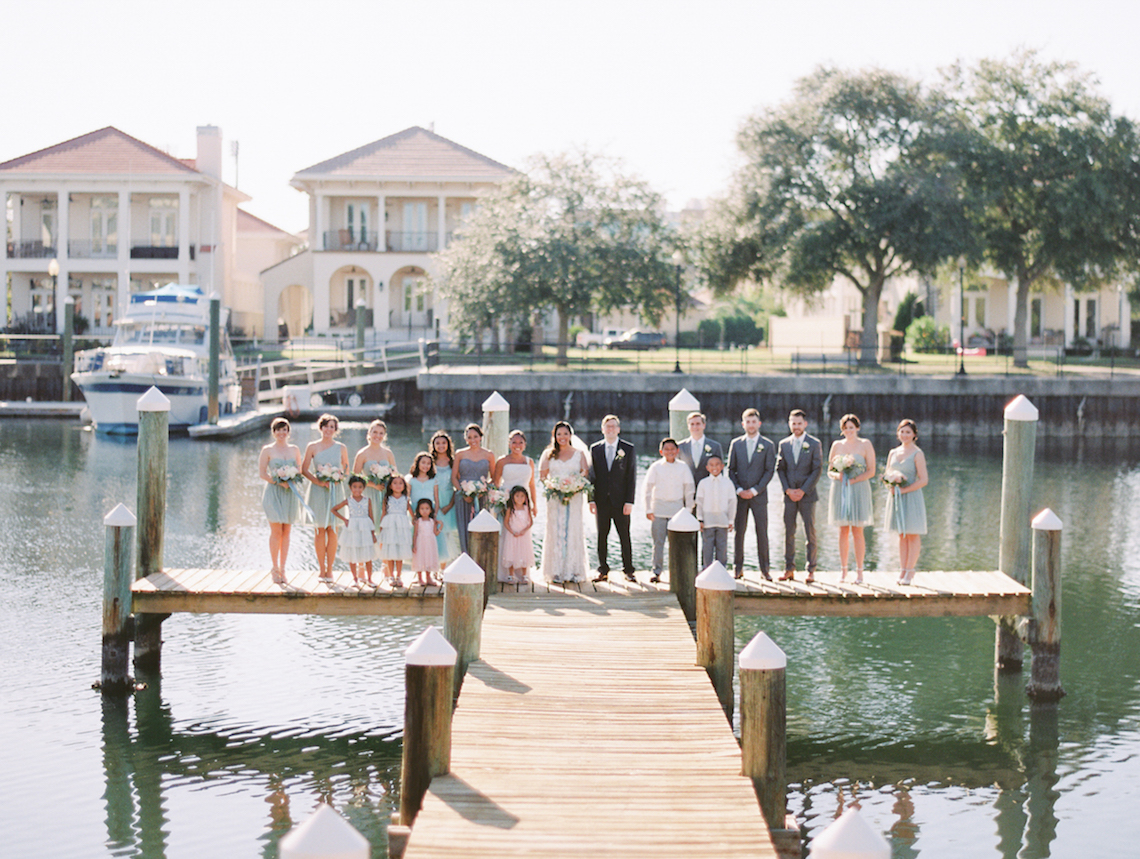 Scroll down to hit play, but first up, read a little more about the story behind the day from Emily at Alp & Isle…

Sarah and Austin planned their destination wedding on the Gulf of Mexico. They have been together for many years and were finally having their dream wedding.

They planned most of the wedding from their homes in Virginia and New York, and you could tell they had spent a lot of time thinking about their wedding and exactly what they wanted.

Sarah has such a classic, elegant style infused with pops of her vibrant personality like her punchy something-blue Kate Spade shoes!

Supposey Co. florals did an incredible job with Sarah’s overflowing bouquet, the alter, and all the arrangements and styling. Sarah wanted to infuse a little of the local Southern seaside culture into her wedding with little details like oyster shell place cards, layered sea colored sparkling linens, and driftwood.

Even their geode style invitations spoke of the sea with their minty blue hues and soft wavy lines.

They had nods to Sarah’s Filipino heritage with special moments with the veil, coins, and cords during the ceremony and a traditional folk dance, Tinikling, with bamboo poles on the dance floor during the reception.

Sarah and Austin are so sweet and thoughtful, they baked cookies for all the guests to take home for a midnight snack. To end the evening in nautical style, the couple escaped in a yacht off the back dock of their venue.

next up
The Ultimate Gift List for Wanderlusting Couples