A Playful Song Called ‘I Do’ To Brighten Up Your Friday! {Fun & Frolics}

So just as I was pondering what Fun & Frolics to post to give you guys that Friday feeling…up pops a little email in my inbox about a new single called ‘I do'. Well…it sounded right up my wedding-related street so I had a listen and it's a ray of sunshine!

Here's a bit about the American artist, Colbie Caillat:

♥ She did a duet with Jason Mraz {love him- ‘I'm Yours' was our recessional song} and they won a Grammy!

♥ She's collaborated with Taylor Swift too and won another Grammy as a featured artist!

♥ Her inspiration for ‘I Do' is her boyfriend Justin…awwww.

So…with your amazing powers of deduction, you've probably guessed this is easy listening, ‘pretty' pop which it is: Colbie has a beautiful voice and the video is playful, sweet and lovely! So why not give it a little watch? {Unless you're more of a death metal kinda girl, in which case you might want to pass on this one!}

Also…could this sweet song ‘Lucky' by Jason Mraz and Colbie Caillat ‘be a possible wedding song?

Here's the Glee version for all you Gleeks out there:

This is such a shiny happy post today isn't it? Have a fabulous Friday everybody! x 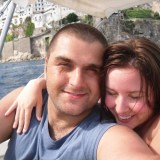 next up
The Proposal {Our Wedding Story}