Today we've got an especially atmospheric engagement shoot to share with you guys.

Long distance loves, Haley and Alistair had a snowy Canadian Christmas time engagement, before heading straight to the New Zealand summer to celebrate.

But not before stopping off in San Diego on the way, for a stunning sunset shoot.

A spectacular December day, in a spectacular cliffside setting, all captured by (the pretty spectacular!) Yes, Dear. Studio, we reckon this gorgeous, romantic shoot looks like something straight out of a Nicholas Sparks love story…

The wonderful Aubrey and Phil of Yes, Dear. Studio tell us about their romantic session with Haley and Alistair.

We met Alistair and Haley right off the plane from Canada where they got engaged in Haley's hometown, and just a few days before heading back to New Zealand to celebrate their engagement with Alistair's family.

Torrey Pines was a beautifully iconic backdrop on a perfect December day in San Diego. With the Pacific shining against the golden cliffs we set out to capture the evening.Together we explored the trails and cliff.

At the end of the day the most memorable and stunning series of photos were all due to Haley and Alistair being adventurous and brave enough to balance beam their way out to an isolated peak where they stood far above the sprawling coast.

I am Canadian and Alistair is a New Zealander living in San Diego. We met through mutual friends that lived in my home town of Hamilton Ontario. They introduced us in March 2012 and we hit it off right away.

For the duration of our dating relationship we did long distance, with one of us traveling to see the other as often as we could.

On December 20th, 2013 I picked up Alistair from the airport as we were going to spend the holidays with my family. We went out for dinner, and he asked if I would dance in the rain with him afterwards…this being Canada, it was more like freezing cold snowy rain! I laughed and rolled my eyes but agreed that I would.

He then took my to the lake front, where we walked to a pier where we've spent time together before. He started playing a song on his iPhone and slow dancing with me. Before I knew it he was down on one knee (in the snow!) asking me to marry him.

It was such an amazing moment, I laughed and cried and hugged him and he twirled me around. Then he said “you haven't actually answered me, will you?” Of course I said YES! It was pure bliss.

We recently got married in July! Our wedding was in my hometown, Hamilton and it was a perfect day filled with so much love from our family and friends.

Isn't it gorgeous? What an epic setting, I love that they went from such extremes from Canada to California in December!

Thanks so much to Yes, Dear. Studio, and the lovely Haley and Alistair for sharing their special engagement shoot with us. 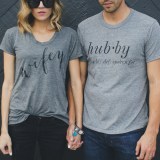 next up
8 Must-Haves to Show Off Your "Wifey" Status

25 Non-Cheesy Poses for your Engagement Shoot