The minute I hit play on this fun and fabulous wedding film, I was homesick.

Julianne & Conor got married with a glamorous, yet informal wedding in Dublin (my hometown), and their day took in some of the best venues and backdrops the city has to offer.

But the real eye candy from this wedding isn’t the city, it’s the bride and groom who were both as stylish as eachother. Conor rocking a blue velvet blazer and black bow tie, and Julianne looking drop dead gorgeous in a gold sequin wedding dress with luxe florals.

Edithouse were on hand to capture their romantic ceremony, their tuk-tuk ride though the city, and their refined reception with a beautiful wedding film, while Pawel Bebenca took their atmospheric photographs.

Scroll down to hear more about this special wedding, and to hit play on the film (though don’t blame us if you start researching flights to Dublin.) 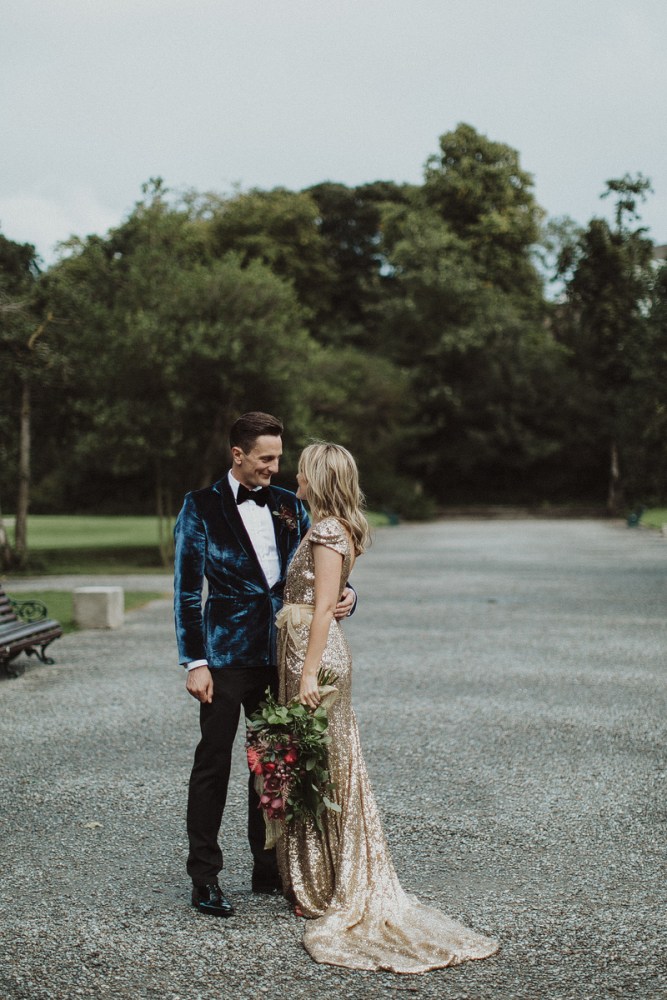 The bustle, buzz and history of Dublin city provided the perfect backdrop for Conor and Julianne’s wedding day last summer. With Irish weddings, you never know what kind of weather you are going to get, but when it’s a wedding this fun it doesn’t really matter!

City Hall, one of the Dublin’s most sophisticated 18th Century buildings was the setting for a gorgeous and reflective ceremony – then it was across Dame Street to toast the couple Irish style at The Ivy. 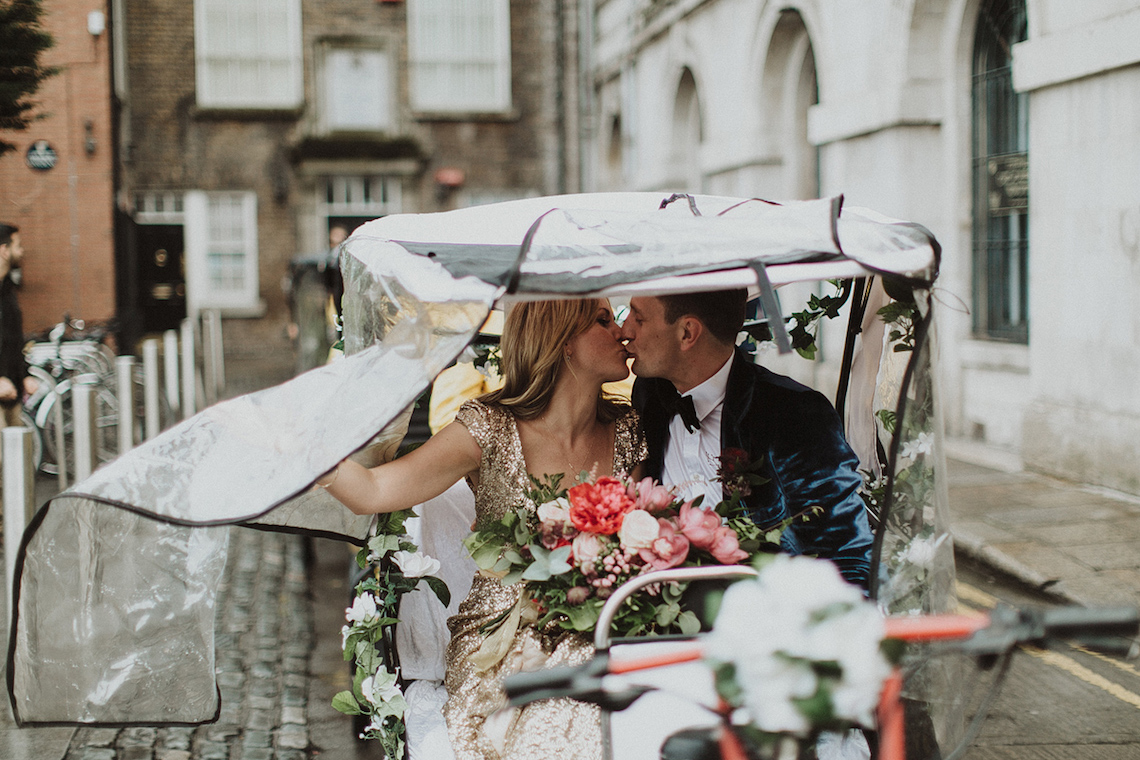 The beauty of Dublin is that you are never too far away from your next stop. The Ivy Gardens, a tranquil oasis close to St Stephen’s Green and only a short tuk-tuk ride away, was perfect for some quiet moments and photographs, then it was back into the tuk-tuk and out onto the streets of Dublin to Donnybrook – a tree-lined village just south of the city centre.

Marco Pierre White’s Courtyard, a popular neighbourhood restaurant were on hand to refresh, spoil and entertain guests late into the night and early morning.

The day flew by – it was that much fun! Non-stop laughter and plenty of glamour on show.

Julianne and Conor’s Dublin City Wedding from Edithouse on Vimeo. 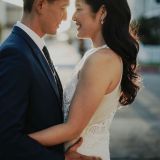 next up
Stylish & Intimate Wedding with a Historic Venue

Romantic Super 8mm Wedding Film by the Sea in Greece

Cool, Colourful Portuguese Wedding Film (With a Gorgeous Bride in a Red Dress)