Intimate Vineyard Wedding Film (That Will Make You Cry)

Spoiler alert: If I were you, I’d remove all mascara before I hit play on this wedding film. (Take it from someone who knows!)

Casey & Jon are a head-over-heels in love couple, who made the journey to California with just seven guests for a vineyard wedding that was so romantic, so intimate, and just as thoughtfully executed as a much bigger bash.

The wonderfully talented Sean Kenney of studioTHP was there to capture it all, so scroll down to watch their dreamy day, and hear more from the filmmaker about how it all came together.

Jon and Casey flew out to California from Pennsylvania to have their dream wedding at a vineyard, and you will be hard-pressed to find a more amazing location than the Chalk Hill Estate Vineyards in Healdsburg.

They kept the wedding party small (nine in total attendance) because they planned on having a huge party back home with all their friends.

The whole day was planned and executed to perfection by Sarah Drake of Cole Drake Events. Despite being such a “small wedding,” no detail was left out, and it still felt grand, just on a smaller scale.

Easily my favorite part of the whole day was filming Jon & Casey’s vows to each other. I’m a sympathetic cryer, so even I teared up as I edited their wedding film together.

Jon & Casey held their wedding celebration back home just a few weeks later, so I started working on the film immediately and they were able to play it for all their friends at the party so that they could experience it too.

Filming great couples like these two in gorgeous locations is what keeps me going in this business.

Did you cry? I managed to (just about) hold it together, but I cracked at the end, these two seem like such an awesome pair.

Thanks so much to Sean Kenney of studioTHP and of course, Casey & Jon for sharing their beautiful wedding film. 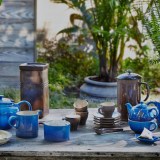 next up
The Gift Registry Edit: Our Top Picks from The Wedding Shop

‘BRIDESMAIDS’ New Wedding Movie – Is this ‘The Hangover’ for Girls?

Get the Tissues Out; A Tear-Jerking Wedding Film

This Romantic Wedding Film Will Make You Smile